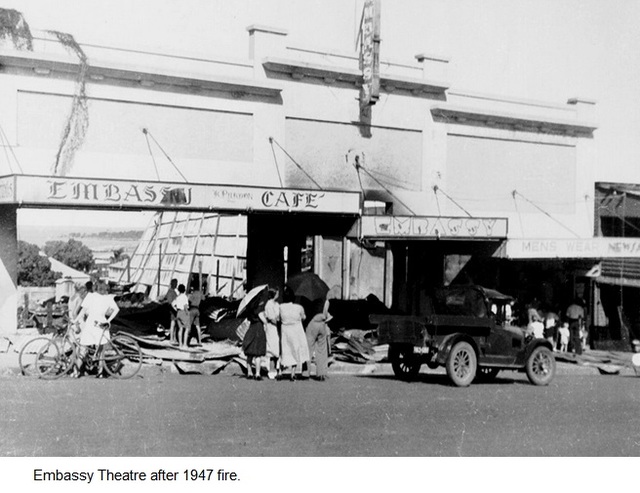 The Embassy Theatre was opened on 2nd November 1935 with Joe E. Brown in “Bright Lights” and Charles Boyer in “Caravan”. Seating was provided in stalls and circle levels. It was badly damaged by a fire in March 1942 which destroyed the projection box and badly damaged the circle seating area. Repairs were carried out, re-opening in 1943. Three days after re-opening, the rear wall of the theatre was demolished by a cyclone, and the theatre was closed for several weeks while repairs were carried out. The ill-fated Embassy Theatre was totally destroyed by another fire on 22nd November 1947. Only the facade survived.

Today that facade forms the entrance to offices built on the theatre site which are occupied by the Gladstone Area Office of Queensland Fire & Emergency Services.