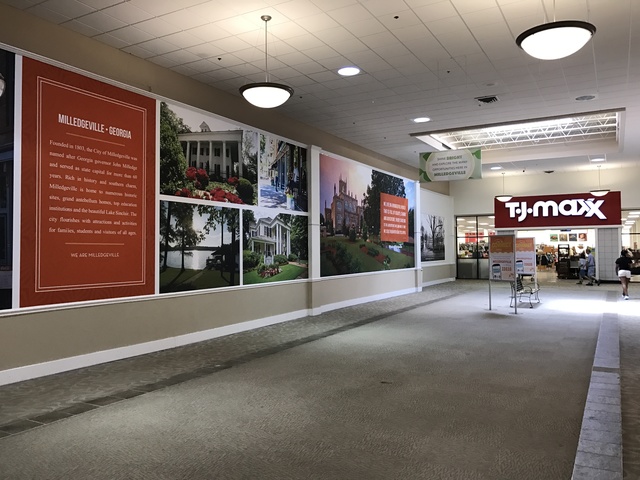 Many a small town in the southeast had a Martin Theater on its downtown square. In Milledgeville the theater was named Campus Theatre since it was located next to the campus of Georgia College. Milledgeville finally got its “Martin Theater” when the Martin Theatres company opened this location in the brand new Hatcher Square Mall in 1972. A standard early-1970’s build, it was located in the northern wing of the mall near Woolworth’s. It had about 350 seats, automated Century projectors with 6,000 foot reels and a box office that opened into the mall.

In about 1983, the Campus Theatre was closed and it may have been at this time that the theater was twinned. A comment on the page of the Carmike 6 that now sits in the back parking lot of the mall states that this location was eventually a triple. It is possible that the old auditorium was twinned, but for a triple they would certainly have had to incorporate some additional space.

Later Martin Theatre, by then known as Carmike Cinemas, closed up this location and built the 6 in the parking lot and it seems to still be open. The mall, now known as Milledgeville Mall is located on US 441 north at what was at the time the very northern edge of development.