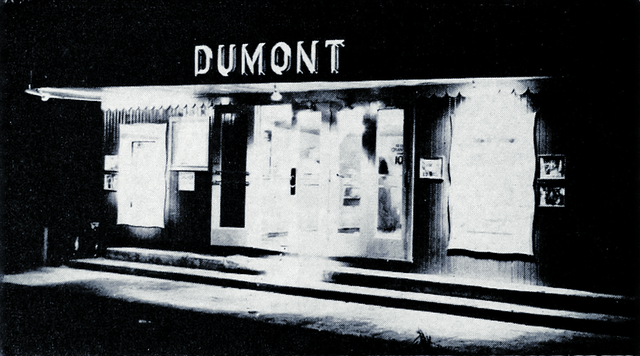 Al C. Schuyler established the Dumont Theatre in a town that had just 718 residents when it opened June 20, 1951. Mrs. Roy H. Metcalfe booked the films and did the interior design including its distinctive auditorium murals as well as its Disney-themed private party room. The staff at opening also included Boyd Bremner managing and George Howard as projectionist.