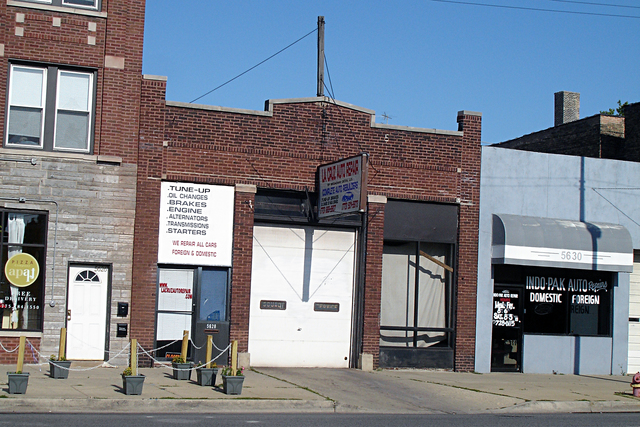 The Hollywood Theater, which preceded another, much longer-lasting theater of the same name in the DePaul neighborhood, was located on N. Broadway near the intersection of W. Bryn Mawr Avenue and N. Ridge Avenue. The theater was built in 1913, and seems to have been very short-lived, as Hollywood Theater doesn’t appear after February of 1914 in the Chicago Tribune film listings. The building was last used as an auto repair shop, but became vacant. By 2021 it was in use as a photography studio.