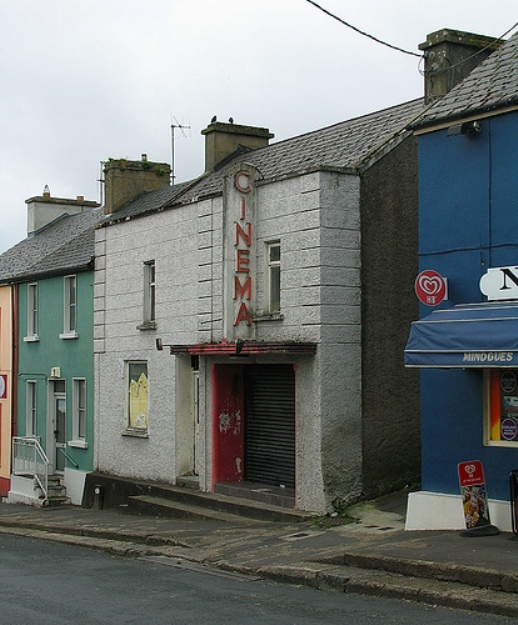 Located in Scariff, County Clare. The Astor Cinema was completed in 1949 on the site of a bakery and was owned by the late Jimmy Treacy. It closed in 1968 and served as a temporary secondary school before becoming a ballroom. Some of the artists who appeared there were Geraldo, The Royal Showband and the Miami Showband, well-known in Ireland but hardly anywhere else. The ballroom was owned by Mr Brendan Shine (unlikely to be the the Irish singer) and later John Sexton. The building was the venue for the East Clare Drama Festival from the opening until about 1985. It was revitalised in 2004 when the Midnight Court Film Society screened films every fortnight until 2007 when it moved to McNamara’s Bar. The building is understood to be currently empty.