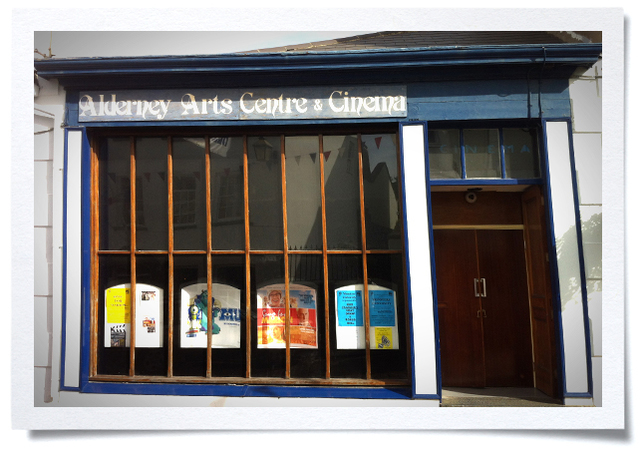 The cinema opened its doors in February 1982 with a screening of “Superman II” and is run on an entirely voluntary basis by the Alderney Cinema Club. Films are generally screened two or three months after general release three or four times a month in the summer, but with less frequency in the winter months. Theatre productions are also staged and art exhibitions held. The building itself had been owned by the Kay-Mouat family and was formerly leased to Alderney Stores and Bunkering Co. Ltd. The seats, carpets and curtains came from the Odeon in St. Peter Port, Guernsey. The cinema purchased a digital projector in 2013.