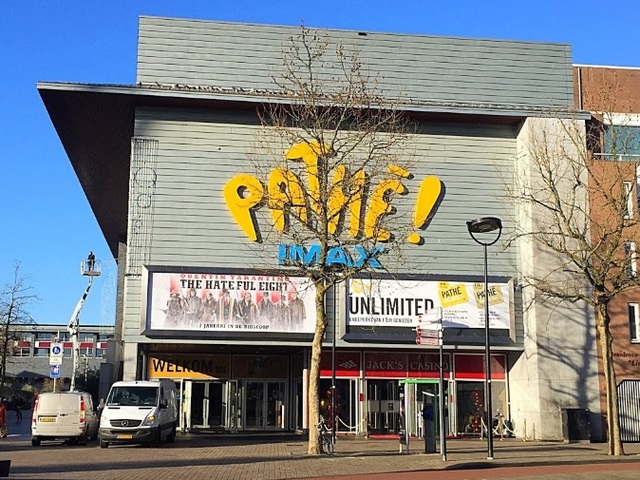 Pathé Tilburg is onderdeel van Pathé Nederland. The cinema has 7 rooms and 1341 seats. The building was opened by 2010. it is situated in the center at the corner of Pieter Vreedeplein and Heuvelring.

Pathé The Netherlands is a chain of cinemas in the Netherlands. The company is part of the French cinema Les Cinémas Gaumont Pathé. This company has 101 cinemas with 995 screens distributed across France, the Netherlands and Switzerland. Pathé Nederland has two brands: Pathé and Cinemec. Together they have 25 cinemas.

Pathé Nederland is sponsor of the Dutch Film and Television Academy.

In a way Pathé Tilburg is the best Pathé cinema of the Netherlands. It has special couchlike seats for two or four persons. You can find these on top of the room giving an outstanding view of the screen. It’s a cozy place to sit toghether with friends or your lover.