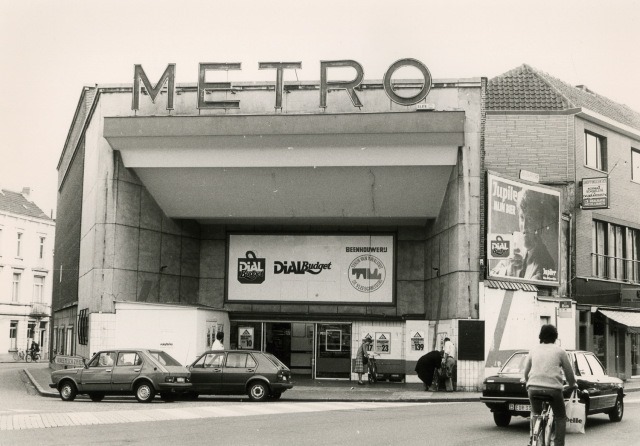 Started in 1912 in an annex of the café ‘de vier Winden’. The wooden benches were painted silver and red, and the hall disposed of a small balcony. There was a showing on one evening in the week and on saturday-evening. Sunday had an afternoon and evening show.

The cinema was renovated in 1937 with pluch seats and full floor carpet, and was renamed Astrid Palace after the recently deceased Queen of Belgium, wife of Leopold III. The theater was closed in 1940 after the German invasion and only reopened in 1945 under the name Movy. The Movy cinema burned down in 1951.

A new building opened a the Cine Metro in 1954. The theater closed in 1981, and became a supermarket.