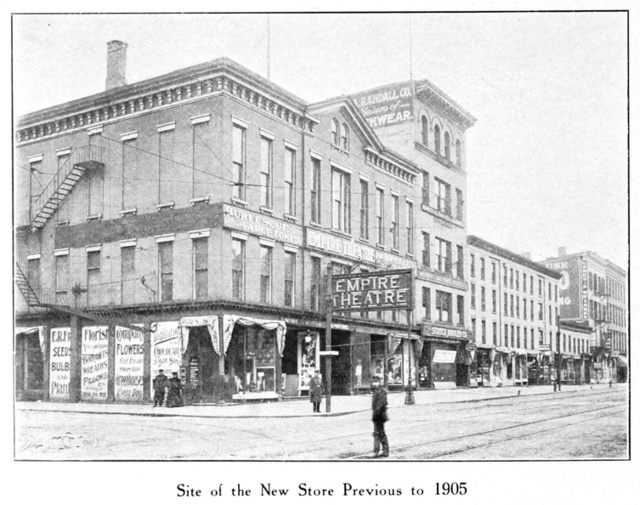 Located on the northeast corner of E. Main Street and N. Clinton Avenue. The four-story Washington Hall of 1860 was converted into Robinson’s Musee Theatre in September 1891 and became the Wonderland Musee in 1894. In August 1899 it was renamed Empire Theatre. On November 3, 1899 a film of the Jeffries-Sharkey boxing match was shown at the Empire Theatre.

The Empire Theatre was demolished in 1904 to make way for the Sibley Building.

In 1905 a new Empire Theatre was built on W. Main Street which has its own page on Cinema Treasures as the Broad Theatre.