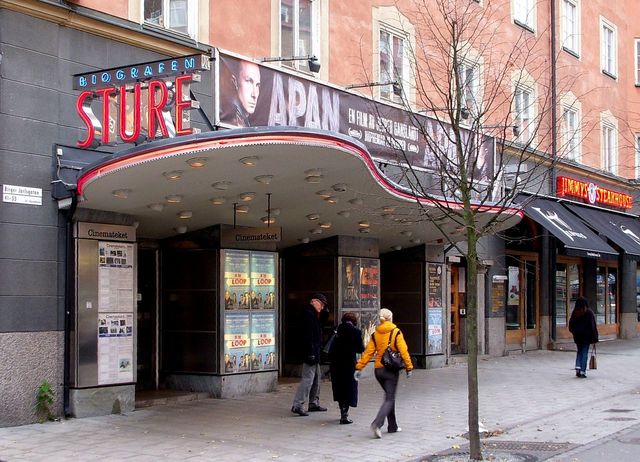 The Biografen Olympia was opened on 21st October 1920. Seating was provided for 466 in the orchestra and 302 in the balcony. In 1922 it was operating as a variety theatre and was re-named Variete Olympia.

In 1937 it was taken over by the Sandrew’s chain and alterations were made to to the plans of architect Bjorn Hedvall. It was renovated again in 1967 and renamed Cinema. The Swedish premiere of “One Flew Over the Cuckoo’s Nest” was held at the Cinema, attended by Milos Forman and Jack Nicholson.

Another renovation in 1990 saw the Olympia name return to the cinema. Since 2001 it has operated as the Biografen Sture, merging into the adjacent Teatern-Sture.