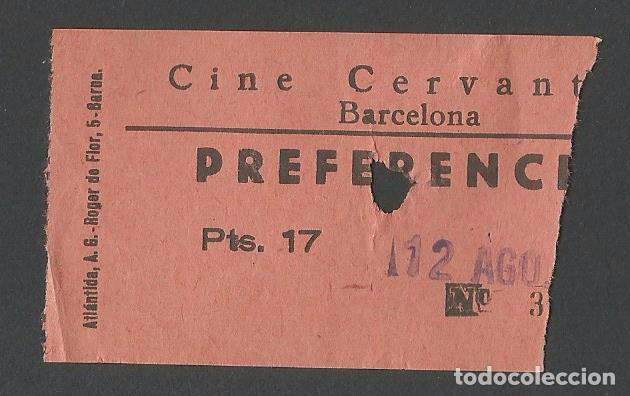 Cine Salon Frègoli was opened on 23rd November 1912. In 1940, pursuant to a new law requiring all theaters to have Spanish names, the house was renamed Cine Cervantes. The building had been remodeled, its original Catalan Art Nouveau style giving way to Streamline Modern when it reopened on 15th October 1939. Cine Cervantes closed on 30th May 1972.

On 2nd June 1973 it re-opened as a cabaret restaurant named La Scala. On 24th October 1991 it converted into a bingo hall which closed in 1993. The building was subsequently demolished.