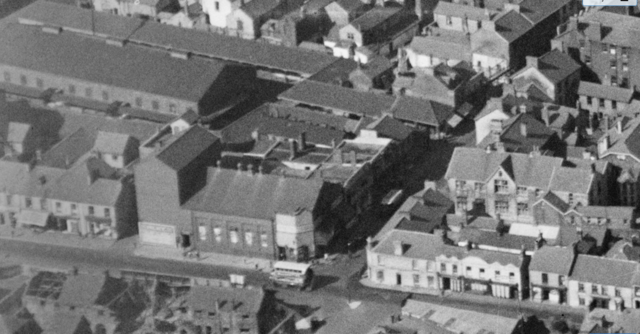 Built by showman Leon Vint as a cine-variety theatre. Vint’s Electric Palace was opened in September 1910. It had a 30ft wide proscenium. It was closed in early-1923. It was re-opened under new owners in November 1923 and re-named Palace Cinema. It was equipped with a Western Electric(WE) sound system in 1930.

Alterations were carried out in 1934 and the Palace Cinema re-opened in August 1934. It was equipped with CinemaScope in 1955.

In 1962 it became a part-time bingo club, with films continuing on other nights. The Palace Cinema was destroyed by a fire in November 1973.