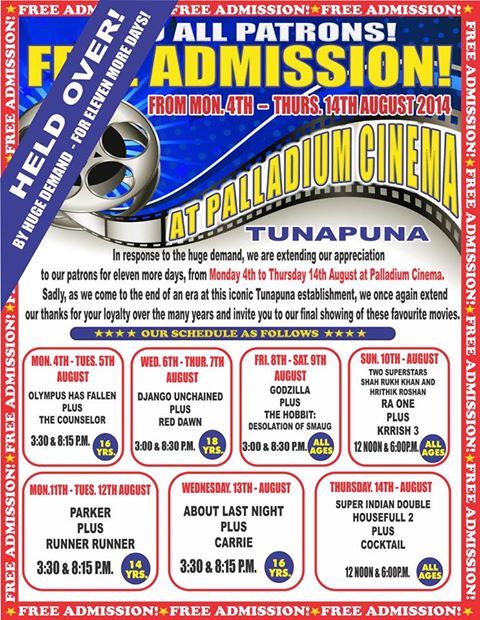 The Palladium Cinema opened in 1918 and provided endless entertainment to the people of Tunapuna for nearly 100 years. Evidence suggests that the cinema was rebuilt following a fire at a cost of $80,000 and was redesigned by Anthony C. Lewis a former city planning officer. Prior to closure it offered 23 days of free admission until the doors were shut for good on August 14, 2014. It was due to be replaced with a mall and four-screen cineplex.