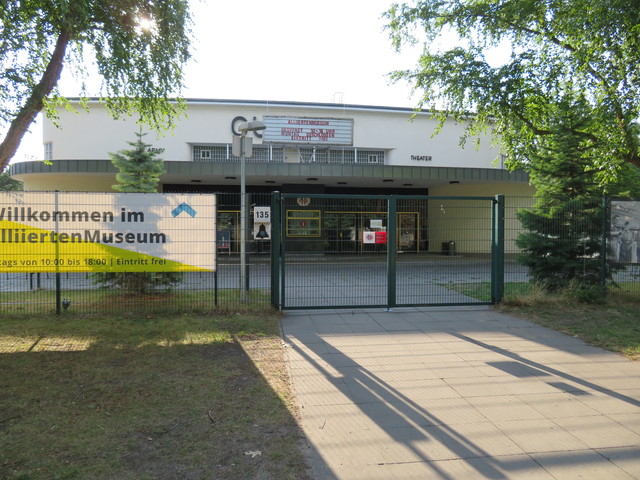 Located in the southwest Berlin district of Zehlendorf. The Outpost Kino was opened in 1953 and served the American sector of what was then West Berlin. It was designed by noted British cinema architects Harry W. Weedon & John Cecil Clavering in a Streamline-Modern style with seating for 750 in the orchestra and 178 in the balcony. The Outpost Kino was closed in 1994.

It has been converted into the Alliierten Museum (Museum of the Western Allies in Berlin) and is known as the U.S. Army Outpost Theater.