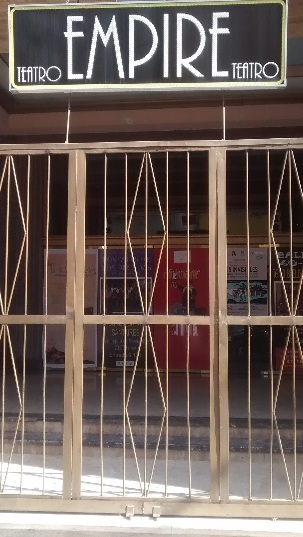 Located in the Balvanera district of the city centre in the Art Deco style La Fraternidad Building. The Cine Moderno was opened in 1937. The proscenium arch is half circular, just like the Radio City Music Hall in New York, NY.

Since at least 2010 it has operated as the Teatro Empire presenting cabaret spectaculars and opera perfomanaces.