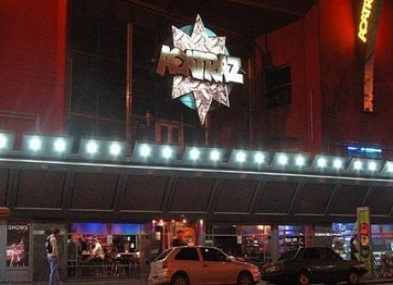 Located in the Balvanera district of the city centre. The Palacio del Cine was opened in 1930. It had closed by 2010 and was in use as a live theatre named Teatro Acatraz, presenting live performances by stand-up comedians etc.