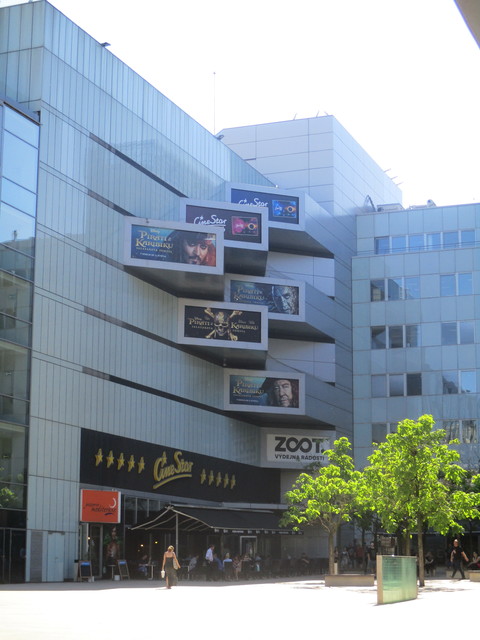 On the opposite side of the River Vltava from Prague city centre, near Metro stop Andel, this CineStar multiplex is situated in the far corner of a rather bare square. In an attempt to give the fairly plain façade some interest, it has several protrusions on which posters for the current films are displayed.

It is close to the Cinema City multiplex in the nearby Novy Smichov shopping centre. That opened in 2001 and also has 12 screens. The CineStar appears to have been a much more recent build.