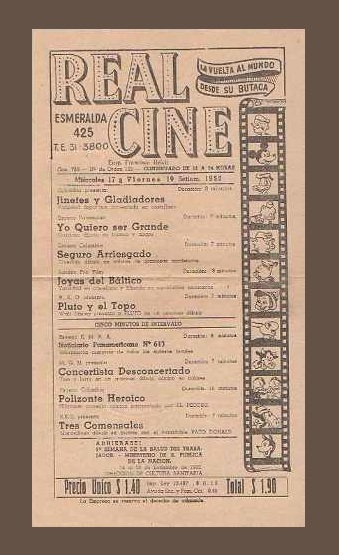 Located in the city centre. The Cine Brunino was opened in 1915 and was designed by architect Gustavo Gomez Molina. It was remodeled in 1924 to the plans of architect Raul C. Christensen and re-named Cine Real. It became a cartoon & newsreel cinema.

It had closed and the interior was gutted in 2004 when it was converted into a parking garage.