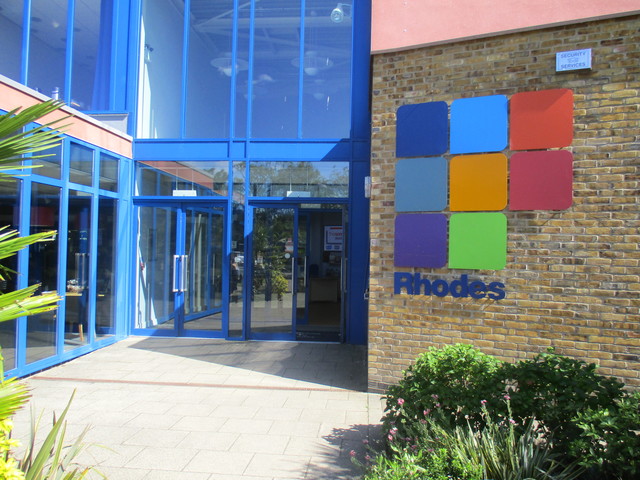 In Bishop’s Stortford, Hertfordshire, the original part of the Rhodes complex is the birthplace of Cecil Rhodes, financier, entrepreneur and founder of the De Beers diamond company. Born in 1853, he spent some of his early childhood in Bishop’s Stortford, but suffered from poor health and his family sent him to South Africa, where they thought the hot, dry climate would help him.

In 1938 the Rhodes Memorial Museum was created in his birthplace. In 1963, The Commonwealth Centre, a community arts venue, was built adjacent to the Museum. This developed into a national music venue; by 1968 it had become a hall for hire and a natural home for local talent, most notably the Bishop’s Stortford Operatic Society (now The Bishop’s Stortford Musical Theatre Company).

In 1979, the Bishop’s Stortford Local History Museum opened at Cemetery Lodge, Apton Road. However, the limited space prevented its growth and in the mid-1990s it merged with the Rhodes Memorial Museum.

In 2002, the two Museums and the Commonwealth Centre closed. Following a successful £1.3m Heritage Lottery bid a modern, interactive, combined Museum was created (in the original building), while the Commonwealth Centre was re-developed into a contemporary theatre and conference venue, Rhodes Arts Complex. That, and the revamped Museum, opened in 2005.

Films had been part of the entertainment offering for some years, but limited projection facilities meant they could only be shown some 18 weeks after release. So, in March 2017, it was announced that “a significant sum” was to be invested “to create a brand new experience for cinema goers”. This was a full refurbishment of the Main Hall and an upgrade from DVD/Blu-ray/1080p HD to 4K projection with surround sound, to enable feature films to be screened much closer to their original release and provide the ability to present live theatre, ballet and opera screenings.

“thescreen” (the previous cinema operation had no individual name) opened on Sunday 14th May 2017 with “Beauty and the Beast”, starring Emma Watson and Dan Stevens, following a Gala Launch the preceding Friday.

When I visited, on 15th June 2017, to see “The Zookeeper’s Wife”, starring Jessica Chastain and Johan Heldenbergh, the new balcony seats were in place, while the stalls seating was due to be refurbished by August.

The Main Hall has mechanically operated racked seating, a full lighting and sound system and a large format screen. In cinema/theatre mode, it seats 299; for cabaret, with tables, the capacity is 160, while standing concerts can accommodate 400.

Other function rooms at Rhodes, with capacities, are The Cedar Room (70), The Linden Room (20) and Studio Two (30), while there is also a Dance Studio and an Education Room.

A view of the auditorium taken in 2014