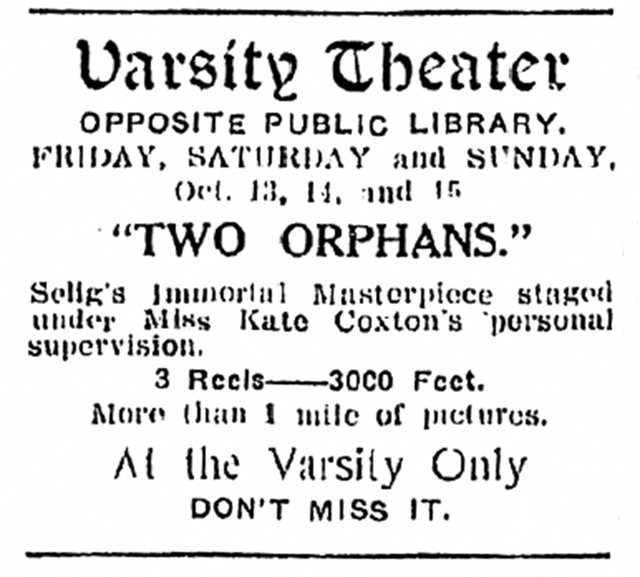 Completed in the spring of 1907, the Brooks Apartment Building contained two commercial spaces on the ground floor. One of those became the Varsity Theater, which the Berkeley Landmarks Preservation Committee has referred to as “reportedly the first playhouse in the City devoted primarily to movies”.

With the coming of nearby purpose built movie theatres, this storefront nickelodeon closed its doors in late 1911. The building still stands, the former Varsity Theater now home to a delicatessen.

According to an article in the December 7, 1914 issue of the Berkeley Gazette talking about the opening of the T&D (later California) Theatre that week, the Varsity was an early acquisition of the Turner and Dahnken Circuit, having taken control of it in 1909.

This was the first of four movie houses they would operate in Berkeley, the audience response to their presentations was so positive that in August, 1911 they opened the much larger Berkeley Theatre four blocks further south on Shattuck. They kept the Varsity open for a short time afterwards, and used the name on their next local venue the following year.