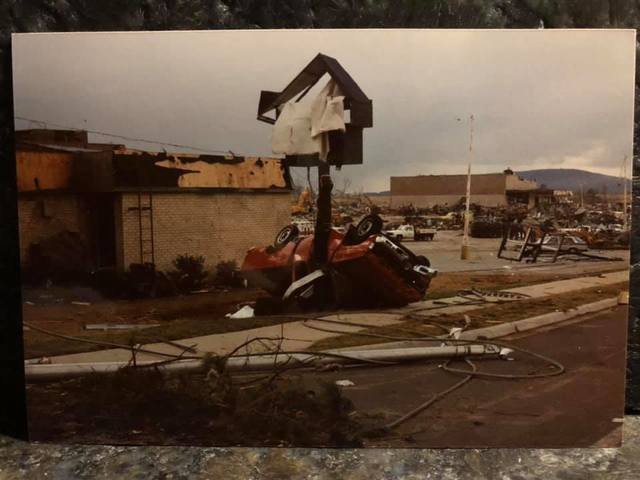 The Westbury Cinerama opened on Friday June 30, 1967. The first movie shown there was “Grand Prix”.

The theatre featured rocking back seats, a Super Cinerama screen, all purpose projection equipment, and all red decorations.

The Westbury Cinerama was later made into a twin. It advertised it was “Announcing the Birth of Twins” and on the grand reopening as a twin on Wednesday, December 22, 1976, free orchids were given away to the first 200 ladies to show up and free twin packs of cigars were given to the first 200 men.

The Westbury’s last night of operation was Sunday, October 9, 1983. It was sold and was to be converted into an office complex, but the tornado of November 1989 destroyed the building.

This theatre was equipped with a full Norelco 70/35mm projection equipment.

When it opened, this was Huntsville’s best theatre. It was built to the same plan as Martin’s Georgia Cinerama in Atlanta, with 686 seats. Both of those theatres were disasterously twinned down the middle. Each seat was aligned toward the front corner of the dividing wall. It was not unusual to come out of a movie with a pain in your neck. A couple of months after this opened, Martin closed the Center theatre on Triana Blvd.

Added picture taken of the building after the tornado of 1989.