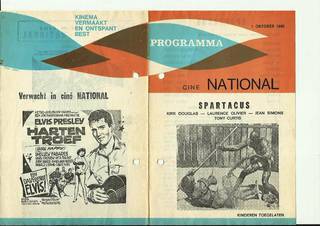 This suburban, inner-city cinema of Antwerp located near the Offerande Straat, not far from Borgerout district, was open in 1918. Seating was provided for 650 in the orchestra and 250 in the balcony. It was closed around 1968. It has since been in retail use.

In September 2017 it was being restored to have a planned re-opening as a cinema in January 2018.