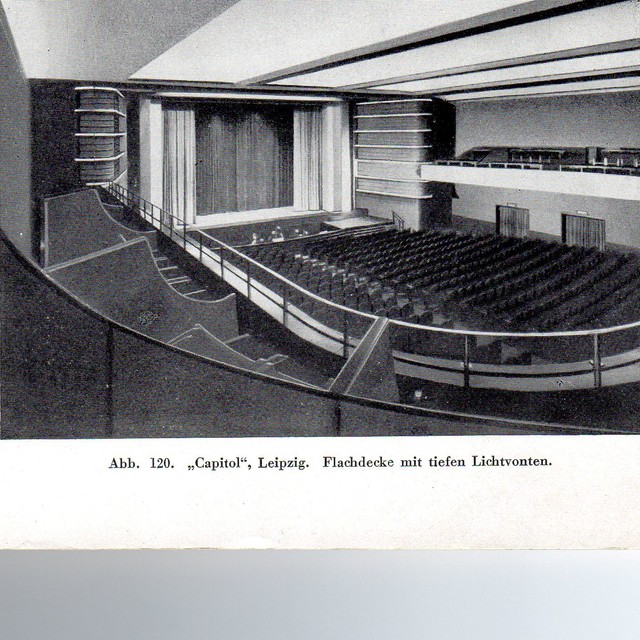 Located in the city centre, the building was named Messehaus Petershof and has seven statues perched on plinths along the first floor of the facade. The Capitol Filmbuhne was the largest cinema in Leipzig with 1,714 seats. It opened on 30th August 1929. Designed by architect Alfred Liebig, it had seating provided in orchestra and balcony levels. The balcony had side slips which went to the proscenium and contained seats. In 1940 it was taken over by the Ufa chain, and they operated it until 1950. It was still a single screen in 1967.