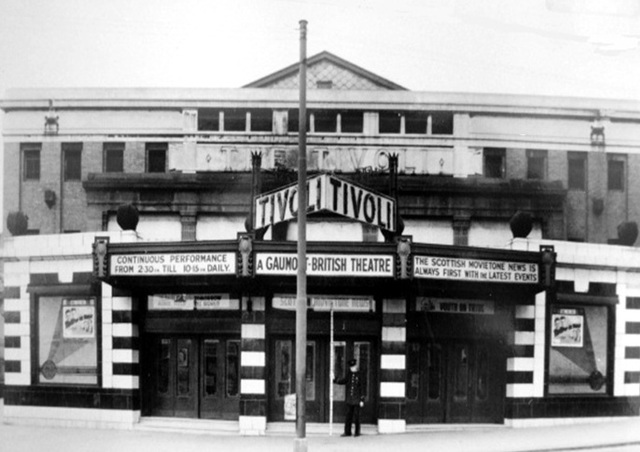 Located in the Partickhill district in the West End of the city. The Tivoli Cinema was opened on 29th April 1929 with Charles Rogers in “Wings”. It was designed for the Thomas Orimiston circuit by architect William J. Blain of architectural firm Denny & Blain based in Dunbarton. The exterior was in an Italian Classical style, while the interior was in a jazz-age zig-zag style, that had an Atmospheric style painted panel on each side of the proscenium. It was equipped with a Christie organ which had a 2 manual console. It had a 15ft deep stage and four dressing rooms. It was equipped with a Western Electric(WE) sound system and the projection booth was located in the rear stalls, under the circle.

Sometime after 1930 a new entrance hall was added to the front of the building which created a more spacious foyer. In 1932, it was sold to the Gaumont British Theatres chain, in later years taken over by the Rank Organisation. The Tivoli Cinema was taken over by the Classic Cinemas chain in December 1967 and it was re-named Classic. It was closed on 26th February 1972 and was converted into a County Bingo Club which operated until at least 1992. The building was demolished in the late-1990’s and housing and retail was built on the site.