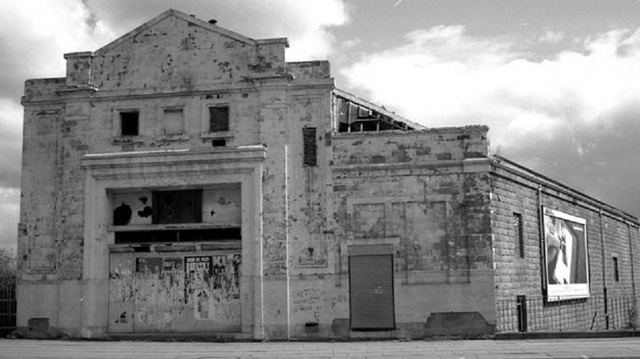 Located in the centre of Cambuslang, a district 7 miles southeast of Glasgow. The Empire Cinema was opened in the 1920’s. Seating was provided in stalls and circle levels. In the early-1930’s it was equipped with a Western Electric(WE) sound system.

The Empire Cinema was always independently operated and was closed in the 1960’s. The building was left vacant and became derelict by the 1980’s. It was still standing in June 1986 but was demolished in 1987.