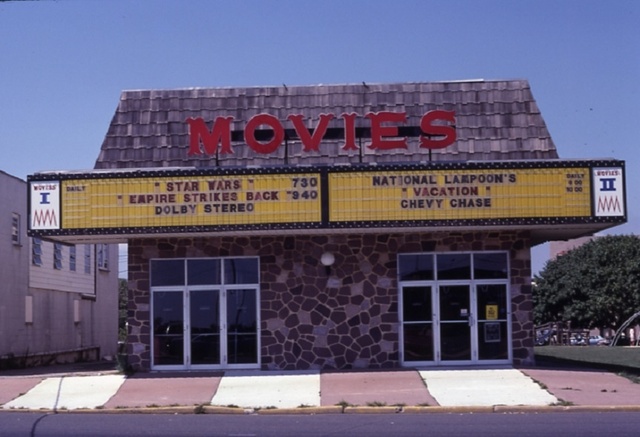 Grant’s Movies 1 and 2 opened on February 15, 1974 with “Crazy Joe” and “Fantasia”. Closed on June 18, 1995 with Christopher Reeve in “Village of the Dammned” & Chris O'Donnell in “Circle of Friends”. Demolition began on August 22, 2017(other buildings around it also plan to be demolished too!?) and replaced with a synagogue and seven retail shopfronts.

When Music Makers sold out to Loews, this location became a Loews Theatre Circuit operation and was renamed Loews Long Branch 1&2 in 1988. Under the Circuit’s rebranding to Sony Theatres Circuit, it closed as the Sony Long Branch 1 & 2 on June 18, 1995 with “Village of the Damned” and “Circle of Friends.”