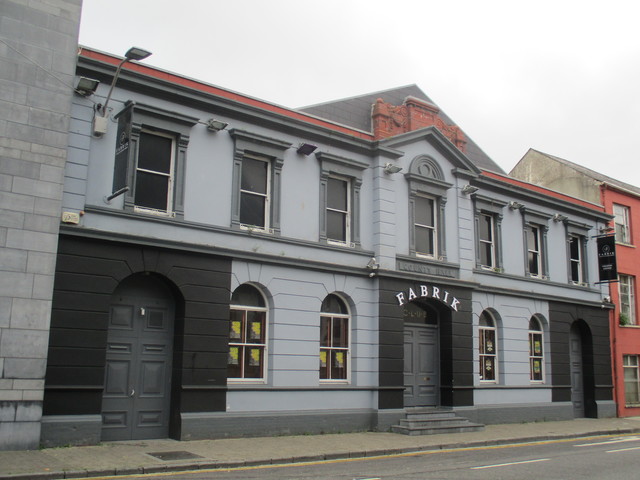 In Tralee, County Kerry, in 1905, a competition was held for the design of a County Hall and Assembly Room. Despite the entry submitted by R. M. Butler and G. A. E. Hickson being selected by the assessor, G. C. Ashlin, the design by James Purcell Wrenn, which had been placed third, was chosen by the council!

The building provided a home for the County Council, Urban Council and the Harbour Board. It is unclear whether the Assembly Rooms have always been known as the Theatre Royal, but the theatre opened in June 1910 with a grand concert. It had a richly decorated interior “in the charming Louis XVI style”, with fibrous plaster by John Ryan, Abbey Street, Dublin.

Films were evidently included in the entertainments from the beginning. A screening of a Gaelic football match between Kerry and All-Ireland champions Louth (thrillingly won by the local team), which was exhibited by the film’s director, James T. Jameson, who held a long lease on the theatre, being an especially popular attraction.

The County Hall was burned in 1920 during the Troubles. However, once the Irish Government had taken over from the British, plans were made for a new County Hall. However, this was not re-built until 1928, by which time the local authority offices had transferred to the Ashe Memorial Hall, which had been built in 1925. The Theatre Royal, which presumably suffered less damage, was restored as a cinema a few years later by Patrick Coffey, who had operated the town’s Picturedrome since 1913.

Interestingly, the Theatre Royal is not listed in the 1940 Kine Year Book, but it is in the 1953 edition, with Patrick Coffey as the proprietor. At that time, it was one of three cinemas listed, alongside the Picturedrome (still operated by Patrick Coffey) and the Ashe Memorial Hall (now home to Kerry County Museum).

Photographs dated February 1964 show a dance at the Theatre Royal. This must have been a separate space, as Michael Dwyer, speaking in ‘The Irish Times’ in July 2003, recalled the cinema closing in the early-1970’s; one of the last films he saw there was “Soldier Blue”, starring Peter Strauss and Candice Bergen (which was released in Ireland in June 1971).

Meanwhile, in 1957, a young curate, Father Pat Ahern, had established a choir in St. John’s church, Tralee. Its success led eventually to the founding of Siamsa Tíre (“Entertainment of the Land”), the National Folk Theatre of Ireland. This used a number of temporary homes, including the Ashe Memorial Hall and also, from 1978, the former Theatre Royal.

In 1991, the National Folk Theatre moved to a purpose-built theatre and arts centre in Denny Street, Tralee, its current home.

By July 2003, according to Michael Dwyer’s reminiscences, the Theatre Royal was being used as a bowling alley.

In 2004, it was converted into Fabrik nightclub. This closed in 2012, re-opening in May 2015 as Quarters. New leaseholders took over in August 2016, and it was re-branded Fabrik. However, in mid-2017, the leaseholders decided not to renew their lease, and the nightclub closed on 29th July 2017.

Consequently, when I visited, in August 2017, the building, in very good shape externally, was closed up.