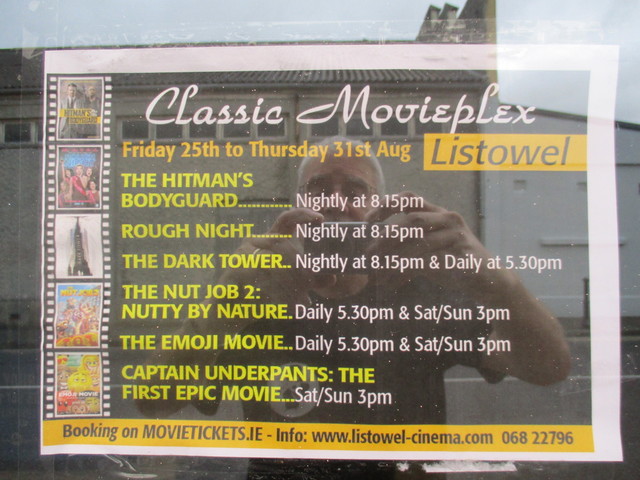 In Listowel, a small town in County Kerry, about 17 miles north-east of Tralee, The Astor Cinema was opened in 1949. It was closed in 1985. Kieran Gleeson re-opened it as the Classic Cinema on 29th January 1987.

His grandfather had started in the film business in the 1930’s, running a mobile cinema that toured from parish to parish, setting up in the local halls. Apparently he didn’t use a screen - he would whitewash the wall if necessary! Kieran’s father also loved the movies, and he passed this on to his son, an accountant by profession. Kieran opened the Classic Cinema two years after his father passed away.

In 2005, spotting a niche in the market, Kieran started a film club, which screens independent, art-house films on Thursday evenings from October to May (with complimentary tea and coffee!).

There are currently three screens. The cinema was extended at the front in 2012. It is not clear how many screens there were when it first opened, though it would be logical to suppose that this extension added to the number of screens.

On Sunday 13th April 2015, locally-born director Gerard Barrett hosted the premiere of his latest film “Glassland”, starring Will Poulter and Toni Collette, at the Classic Movieplex.

Kieran died in February 2016 from motor neurone disease. The Classic Movieplex continues, under the stewardship of his wife, Teresa.

The Classic opened on 29 January 1987 and was a reopening of the Astor Cinema that closed about two years earlier. The Astor was first listed in the 1949 edition of the Kine Year Book and run by the Coffeys who also had another Astor in Coalisland. It originally had 500 seats and an AWH, later RCA, sound system.