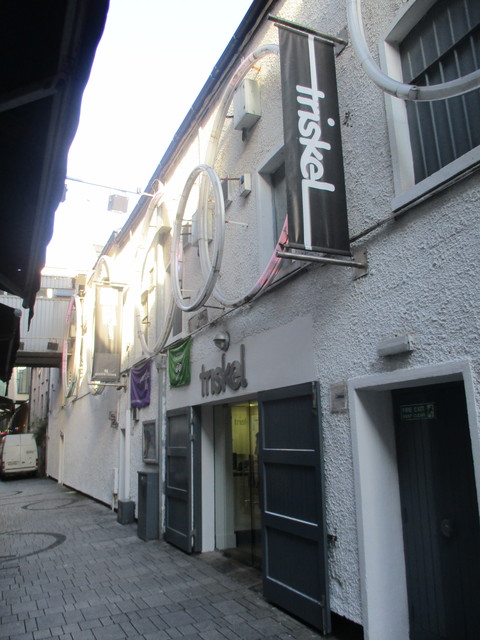 Established in 1978, Triskel Arts Centre is one of the oldest multi-disciplinary arts centres in Ireland. Based in Cork, the country’s second largest city, a number of locations were utilised until 1986, when it moved to its current address on Tobin Street.

In 2011 the Centre expanded as a result of the acquisition of the neighbouring property of Christchurch, which was deconsecrated in 1978. Triskel Christchurch Cinema is now well-established as the city’s art-house cinema, with a suitably eclectic programme that provides a showcase for, for example, World Cinema, documentaries, live satellite broadcasts and seasons of classic films (a Kubrick retrospective was underway when I visited in August 2017).

The auditorium is a fascinating conversion of Christchurch, utilising the original pews. A small stage is used for music and other live performances, when the screen is rolled up and the side slips are brought into use.

The crypt has been imaginatively turned into a gallery for visiting exhibitions.