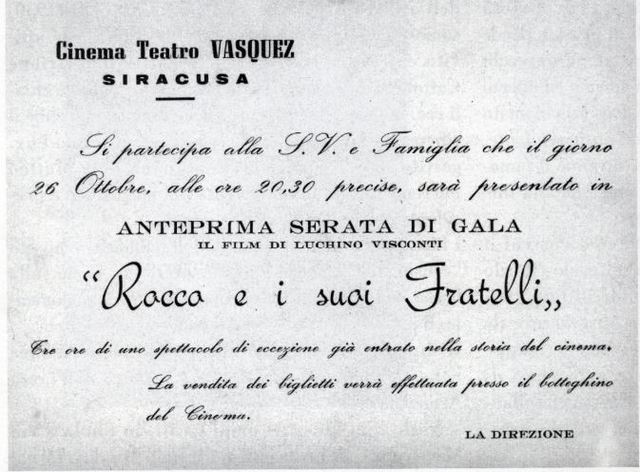 Located in Syracus, on the island of Sicily. The 588-seat Cinema Teatro Vasquez was opened as a single screen in 1952. By 2017 a 4-screen cinema had been added. The original auditorium is the No 1 screen