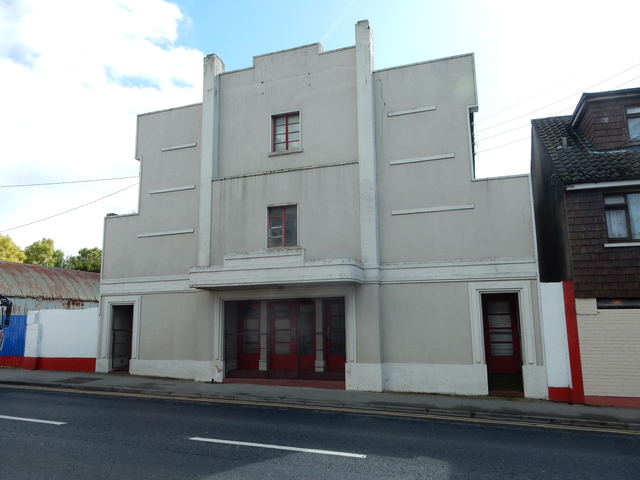 Located in Abbeyfeale, County Limerick. Built in 1945 it is listed in the Kinematograph Year Books 1949 to 1971 and was operated by the Tobin Bros. It was equipped with a Kalee sound system. It is not known when it closed but was derelict in the 1980’s. In 2013 a local ‘tidy town’ group gave the disused façade a facelift. It is a Listed building.

It was announced in November 1945 that the Abbey would be open in a matter of weeks. The cinema also had a ballroom attached which opened on 5 May 1946 with the Kingdom Dance Band performing. Like the old Abbey it was run by the Tobin Brothers. It has been derelict since the 1980s and is a listed building. Contrary to the above it was listed in the Kine Year Books from 1949 until 1971!