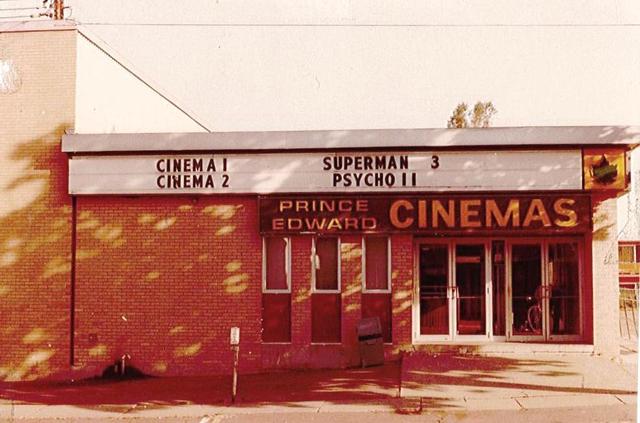 The Prince Edward Cinemas were opened by Famous Players (through its operating partner Maritime Theatres) on Grafton Street in downtown Charlottetown in 1973. The twin-screen complex seated 300 in Cinema 1 and 419 in Cinema 2, for total seating of 719. It was built on the site of the former Prince Edward Theatre, another Famous Players house, which had been destroyed by fire on December 13, 1955.

Empire Theatres took over operations of the Prince Edward Cinemas in the late-1980’s and closed it in 1990 when Empire opened the Charlottetown Mall Cinemas. The theatre building was later renovated for retail and office space and currently houses a local branch of the Academy of Learning business college.