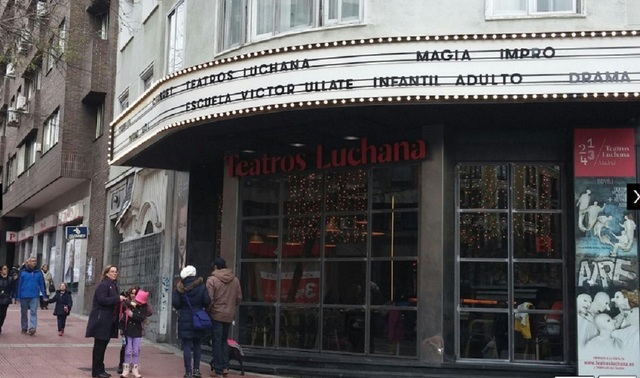 Located in the Canberi district to the north of the city centre at the corner of Calle de Luchana and Calle Covarrubias. The Cine Luchana was opened on 4th March 1946. It was designed by architects Aurelio Botella, Manuel Munoz Monasterio & Luis Alemany Soler in a Greek Revival style. Seating was provided for 853 in orchestra and balcony levels. In 1955 the proscenium was widened to accomodate CinemaScope. In 1979 it was twinned.

The Cine Luchana was closed in 2012. It is now in use as a nightclub named Chango Club, and also hosts live performances of stand-up comedy and cabaret.