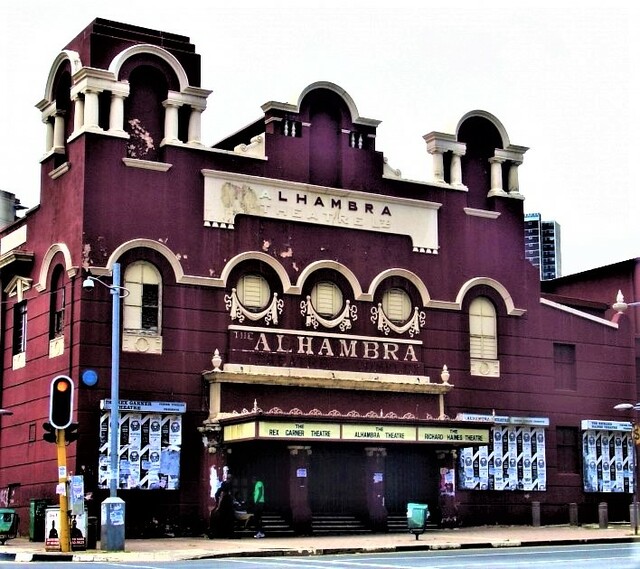 Located in the New Doornfontein district. The Alhambra Theatre was opened as a cinema in 1921. It was designed by architect S.V. Mann. It was later purchased by the Johannesburg Operatic & Dramatic Society and in 1981 it was purchsaed by Pieter Toerien and was used for theatrical productions until it closed in 1994.

Since then the building has stood unused. It was purchased by new owners in September 2017 who plan to renovated the building and convert it into an arts learning & training centre.