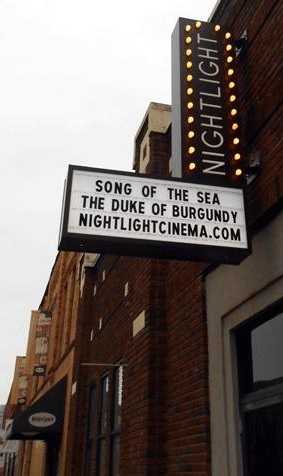 The Nightlight Cinema is a small, independent, nonprofit movie theater “dedicated to advancing cinema and community in tandem”. It shows independent, arthouse, cult, repertory and genre films, and also holds special events such as discussion series and film festival screenings. It opened in downtown Akron in 2014 thanks to grants from nonprofit foundations and a Kickstarter campaign. The theater includes a bar which serves hard and soft drinks as well as snacks, with an emphasis on local vendors. Film showings are often kicked off by a live intro from theater employees, and the location includes seating in the lobby for discussion before or after films. Showtimes and tickets can be found at www.nightlightcinema.com. The general admission price as of this entry is $9.