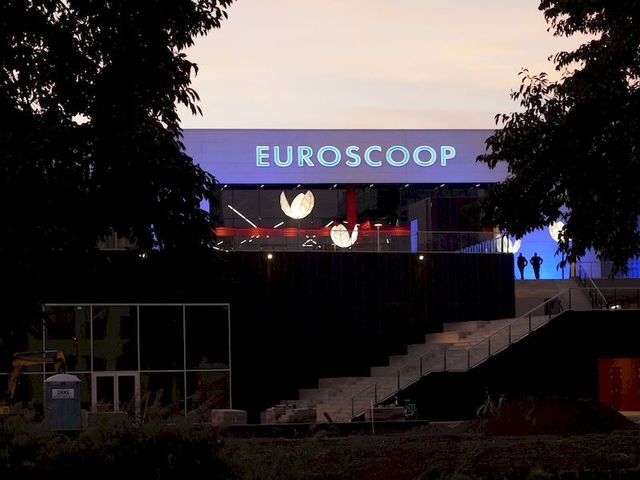 On 17th May 2016 the first pole went into the ground. On 11th October 2017 the official opening took place and a day later the first movies were shown. It’s the first and only cinema in the Netherlands which has 4-K Laserprojection generating very sharp image quality and Dolby Altmos Sound. The chairs have wide armlegs and extra legroom.

The parking area has room for 975 cars.

The cinema has several theme’s such as ladies night, cinema 60+, toddlercinema, arthouse, Hollywood crakers and opera.

Luc van de Casseye, owner of the Euroscoop company had plans for new cinema’s in Amsterdam, The Hague and Arnhem. Euroscoop were taken over by Pathe in 2019.