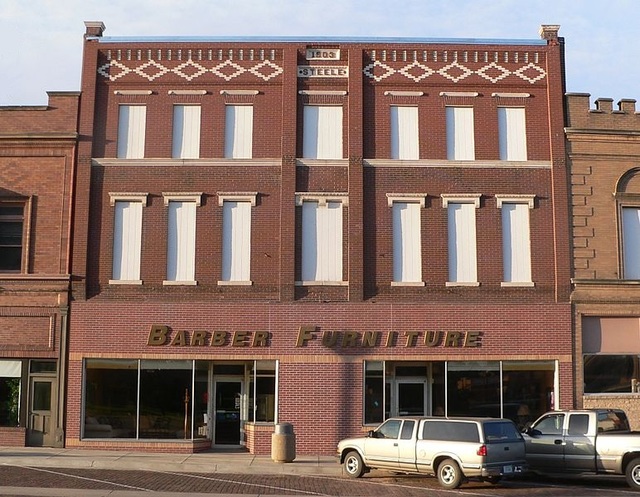 The Steele Opera House was opened on October 24, 1904. Movies were first screened on December 10, 1904. Movies continued to be shown there in the 1920’s. The building still exists as a furniture store.

The original Steele Opera House burned on April 25, 1903. New plans were drawn for its new location that launched October 24, 1904 with a live play. On December 10, 1904, the firs motion pictures were shown at the Opera House with “Uncle Tom’s Cabin” as part of the program.In the silent era of film, the Opera House would beome one of two primary locations in town to see films along with the Majestic.