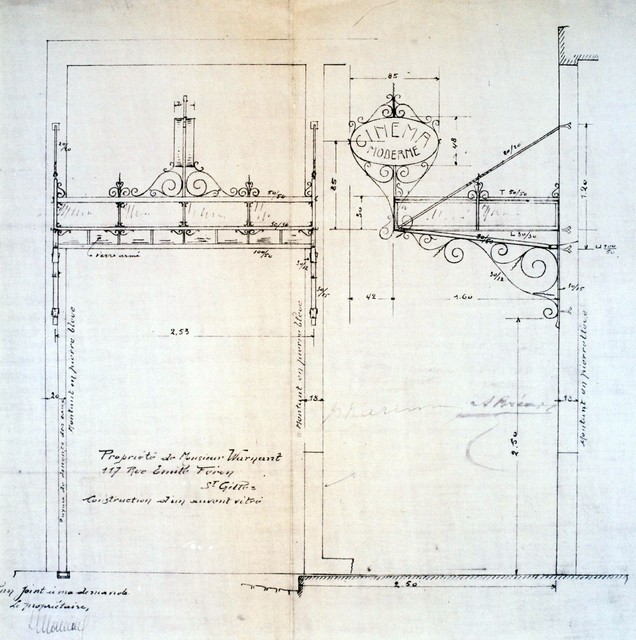 In the begining of the 20th Century, was a street named rue de Constantinople, at number 117 was built a cinematogaphic theatre named Moderne or Modern. Operating from 1912, and closed in 1921. Rue de Constantinoble became rue Emile Feron