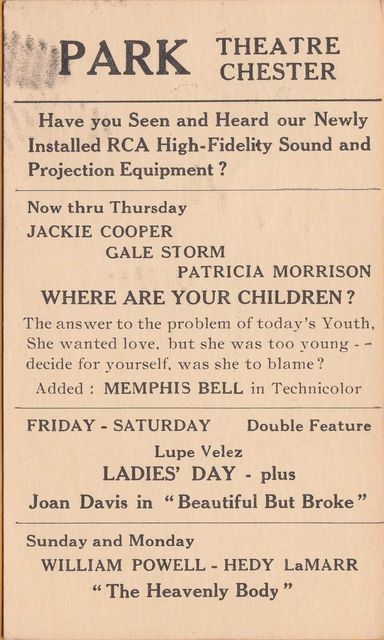 The Park Theatre changed hands in 1946, noted in the July 13 issue of Motion Picture Herald:

In the mid-1920s, Chester had a house called the Town Hall Theatre, which most likely was situated in the actual Town Hall, something that was not uncommon in Small New England towns.