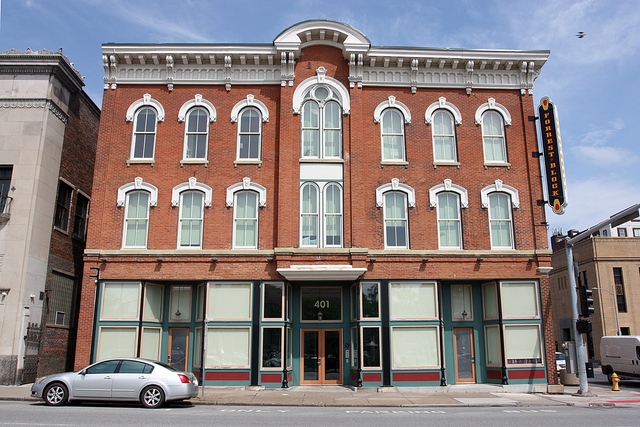 The Forest Block is one of downtown Davenport’s survivors. The 1877 building’s architect was Frederick George Clausen. Though Clausen had designed some of the Quad Cities earliest entertainment places including the Turner Grand Opera House, the Garden Theatre, and the Family Theatre, he was long gone when downtown Davenport began a descent in the 1970’s that included the departure of many longstanding businesses and the increase of less-desirable businesses. The Mini-Cinema 16 was one such addition when it opened as an adult movie theatre.

In 1971, Delta Z Corp. and Henry Sparks got approval to place the Mini-Cinema 16 in the venerable Forest Block on a ten year lease. Films including “Debbie Does Dallas” brought in the crowds. It ended with “Champagne for Breakfast” and “In Sarah’s Eyes” at the end of August in 1982.

The Forest Block would gain historical protection but would sit empty for more than ten years before being converted to residential use as the city’s downtown launched a comeback.