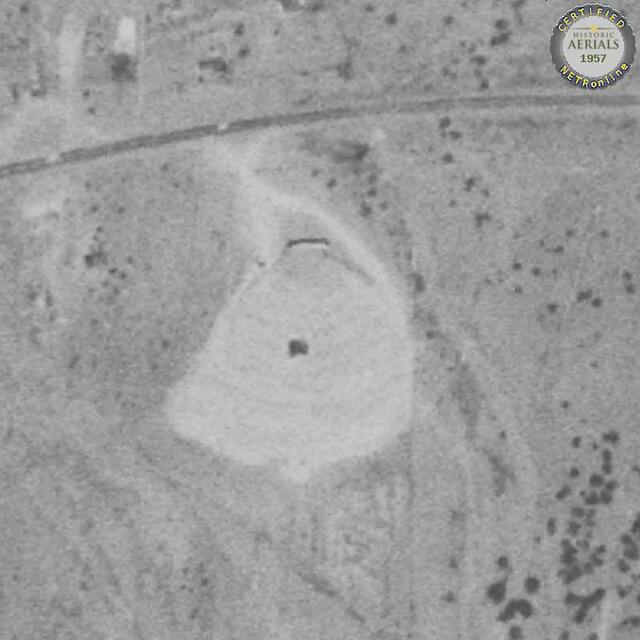 •Listed in the Film Daily Yearbook’s of 1955 thru 1968 as “Silver Sky Vu”; one of two ozoners in Silver City (the other one in all 3 of the aforementioned issues was the “Copper Drive-In”). Note the absence of the hyphen between “Sky” and “Vu” and also note the absence of the “e” from the end of “Vue”. Since my (albeit limited) research has always shown it spelled as “Silver Sky-Vue Drive In” (particularly in old newspaper advertisements), I will assume that these minor details are simply one of Film Daily Yearbook’s many typos.

•Car capacity, depending on which of two sources you go with (neither one is particularly more credible than the other) has been noted as 224 or 275

•Listed owners are as follows:

•Today, the property on which the drive in operated is divided into 2 different address listings:

•It’s important to keep in mind that A. The two different addresses were all one single address and lot in the drive-in days (it is not clear what that was, however) and B. What is now known as HI-WAY 180 has been known under 2 different names from the time the drive-in opened until today; Hwy 260 and HI-WAY 180 (AKA US-260 & US-180, respectively)

•The Silver Sky-Vue Drive In premiered (and was one of very few theatres that dared to screen) the groundbreaking & controversial 1954 Herbert Biberman picture, “Salt of the Earth” (89 min); a film that would prove to be quite historically significant. I located an informative 2-page essay about the film which, due to it’s focus on the film itself as opposed to the theatre, I will refrain from posting here in the theatre description.

The beginning of the dream? Motion Picture Herald, June 21, 1952: “Steve Ward has resigned as Paramount salesman, and with associates, will build a drive-in theatre near Silver City, N. M.”

Because of lead times and overly optimistic developers, some “have opened” notices in trade publications didn’t actually follow the drive-in’s opening. I wonder if this is one of those examples.

Boxoffice, Jan. 5, 1952: “Herbert and Ray Johnson have opened their new 450-car Copper Drive-In at Silver City, N. Mex., and hope to make it a year-round operation.”

Boxoffice, July 6, 1957: “The screen tower at the Copper Drive-In, Silver City, N. M., was blown down. The ozoner will be closed about a month while the tower and screen are being replaced”

Boxoffice, Aug. 24, 1957: “SILVER CITY, N.M. – The Copper Drive-In here has been reopened after considerable renovation and reconstruction. Jack Dunn, manager, said a number of smaller improvements also had been made. The theatre is owned by Dollison Theatres of Santa Rosa, N.M., and Sherman, Tex., headed by L. R. "Les” Dollison."

The drive-in’s ad in the Silver City Daily Press on April 5, 1966 said that in four days, the “New Name” drive-in would open for the season. The April 11, 1966 ad began: Mr. Domingo Serna of Hurley named us “The Sundowner” drive-in theatre.