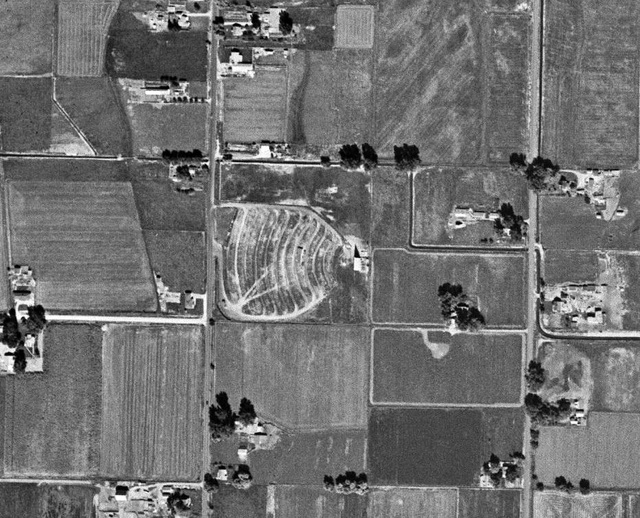 The Motor-Vu Drive-In was opened by Frank Judd on March 23, 1951, with Randolph Scott in “Fighting Man of the Plains”, joining the previous Nampa-Caldwell Drive-In. Other drive-ins among the farmland from Boise to Caldwell were the Boise Drive-In and Broadway Drive-In in Boise, the Emmett Drive-In, and the Highway 30 in Meridian.

On June 9, 1951, the Idaho Free Press reported the Motor-Vu Drive-In’s owners were being sued for $6,000 ($58,000 in 2017 dollars) in damages by neighbors. The suit contended that the plaintiffs were unable to sleep at night or dispose of their property because of loud noise coming from the drive-in speakers.

The Motor-Vu Drive-In dropped out of the Nampa movie listings in April 1955, leaving the Nampa-Caldwell and Terrace Drive-In’s.