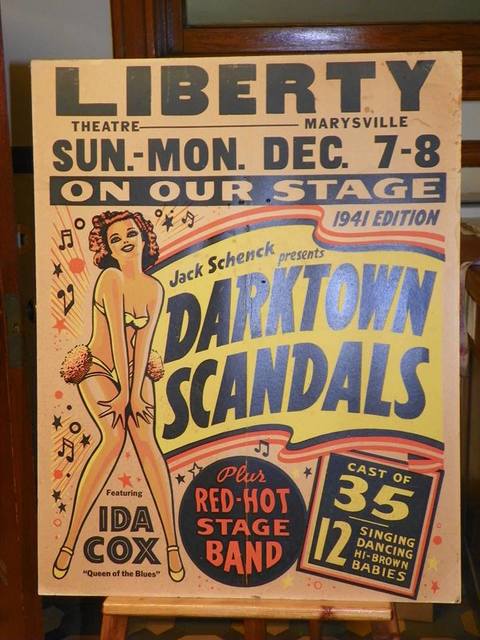 The Liberty Theatre opened March 8, 1920 in downtown Marysville with the films, “When the Clouds Roll By” with Douglas Fairbanks and “A Day’s Pleasure” with Charlie Chaplin. Fox Midwest Theatres took over the theatre and would equip the Liberty Theatre with sound on April 29, 1929.

The interior and signage of the Liberty Theatre were revamped in a remodeling in July of 1936. The final films consisted of a double-feature with “Adventures of Tom Sawyer” and “Blood Arrow” on July 11, 1958. A storm after closing hours all but destroyed the Liberty Theatre. Ownership of the theatre transferred to the city when Fox Midwest Theatres decided not to rebuild the facility and sold the decaying building for $8,000 in February of 1959. The building was razed that year.