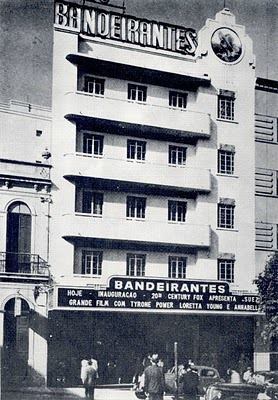 Located in the city centre. The Cine Bandeirantes was opened on 13th April 1939 with Tyrone Power in “Suez”. Seating was provided in orchestra and balcony levels.