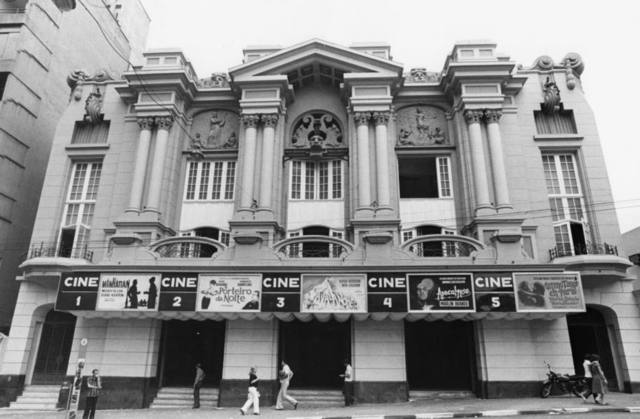 Located in the Bela Vista district in the south of the city centre. The Cine Paramount was opened with 1,530 seats on 29th April 1929 with Emil Jannings and Lewis Stone in “The Patriot” (Alto Traicao), a part silent-part talkie Paramount Picture. It was the first cinema in South America to screen sound films. It was built by the American Paramount Pictures Inc. Designed in a Neo-Classical/Art Nouveau style by architects Francisco Augusto da Silva Rocha and Francisco de Paula Ramos de Azevedo.

The building was restored in 2000 and with a new stage house and modern auditorium designed by architectural firm Afalo & Gasperini. It reopened as the Teatro Abril on 25th April 2001 with “Les Miserables” which ran until 31st March 2002. Since then it has staged hit musicals such as “Chicago”, “Beauty and the Beast”, “Phantom of the Opera”, “Miss Saigon”, “Cats”, “Mama Mia!”. In March 2012 it was re-named Teatro Renault and has staged “The Adams Family”, “The Lion King” and “Wicked”.