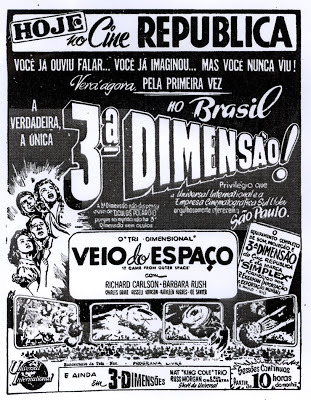 Located in the city centre. Replacing the old Cine Republica of 1921 vintage which was located at Praca da Republica 46-50. The Cine Republica was opened in 1952. In July 1954 it had a special invited guest screening of “Woman’s World” starring Clifton Webb. This was to showcase the installation of what was advertised as ‘the biggest screen in the world’ which was 250 metres wide. The following day the general public were allowed to experience the size of the screen when Jeff Chandler in “Attila, the Hun” began its run.

Eventually the Cine Republica was closed and it was converted into a live theatre, the Teatro Zaccaro. This has since closed and the building has been demolished with the site in use as a car park in 2016.