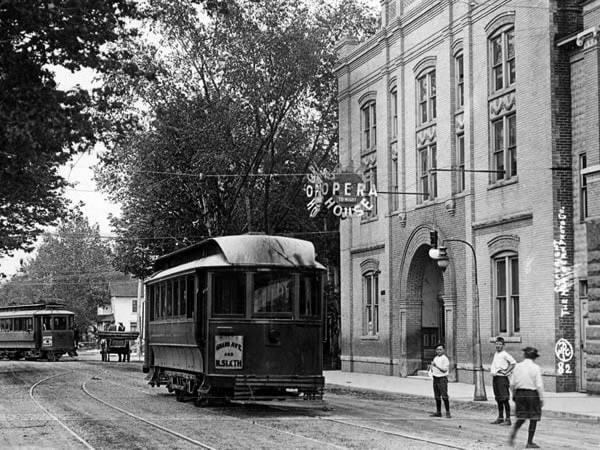 The Grand Opera House was built in 1899, and was long managed by Clive S. Cone, who was also the manager and director of Cone’s 4th Regiment Band and Orchestra, a popular local institution.

The house presented a variety of entertainments typical of large theaters in small cities during the period. By 1913, programs featuring vaudeville acts and silent movies were a staple of the house on Saturdays and Sundays.

The Grand Opera House was demolished in April, 1927, to make way for the Grand Theatre, which opened later that year and is still in operation today.