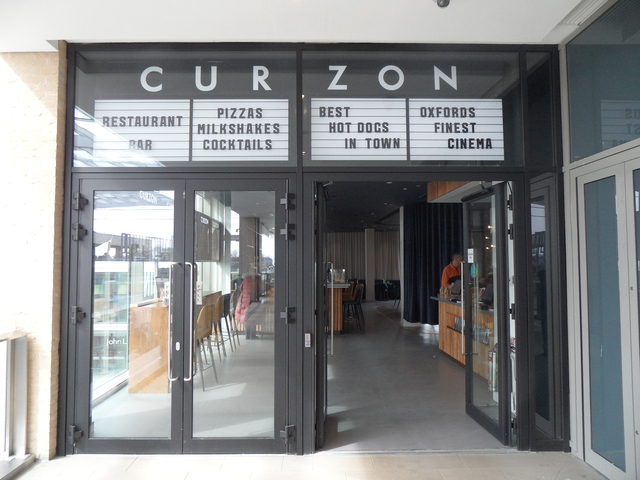 In Oxford, Oxfordshire, the Westgate Shopping Centre was built between 1970-1972.

Plans for the redevelopment of the Westgate area were originally published in 2004. Over the next several years, these underwent several rounds of consultation and inquiry. Eventually the current plan was adopted in the early-2010’s, and development permission was granted in November 2014. Work on the development started in early-2015, and the original centre closed in February 2016.

The ‘new’ centre opened on Tuesday 24th October 2017. A cinema in the Curzon circuit was included; this opened on Friday 1st December 2017.

The cinema occupies two floors, and includes a cafe-bar with lounge area.

Alongside the latest digital technology, a 35mm projector has been installed, to preserve, according to the cinema’s website, “the arresting beauty and pure magic of analogue film - flicker, whirr and all”.