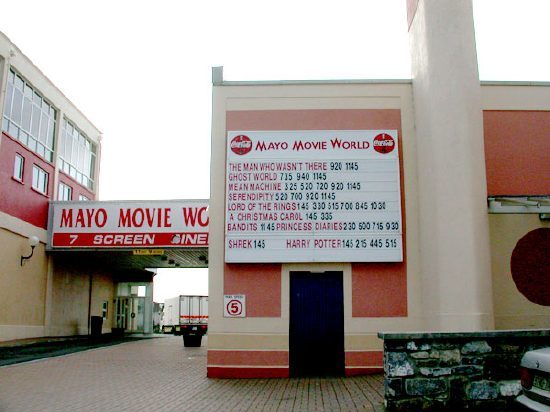 Located adjacent to Mayo Leisure Point in Castlebar, County Mayo. The Mayo Movie World opened as a 4-screen cinema on 11th December 1998. In 2000 two more screens were added. It is now a 7-screen multiplex. Some of the attractions include NT Live, a Kids Club and Thursday Morning Senior Movies. It has Dolby Digital Sound.

Worth noting that MMW opened as a four-screen affair with two more to be added the following year. It was the enterprise of Joe Mulroy. The opening films included “The Mask of Zorro”, “Babe: Pig in the City”, “The Parent Trap” and “Titanic”.