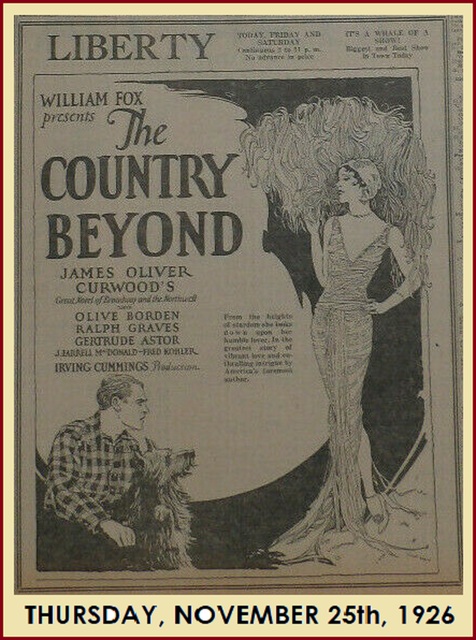 Ray E. Connell, who had recently sold Connell Theatre in Aberdeen, Washington, opened Everett’s Liberty Theatre on October 27, 1926 with Betty Compson in “The Belle of Broadway”. The small house occupied a remodeled commercial building which Connell had converted for between ten and fifteen thousand dollars.

The Liberty Theatre enjoyed early success, but in 1927 Connell sold the house to Charles A. Swenson, who controlled most of Everett’s theatres at that time. There is speculation that making a quick and profitable sale to Swenson had been Connell’s plan all along, as he never established a permanent residence in Everett, listing his address only as a hotel two blocks from the theatre.

Only two years later, in April, 1929, Swenson himself sold his theatre interests to the burgeoning California-based chain, Fox West Coast Theatres. Fox had already leased the new Balboa Theatre, then in the last stages of construction just up the block from the Liberty Theatre, and the Liberty Theatre was closed on May 3, 1929. Despite an announcement that the house was to be remodeled, it appears never to have reopened. It had never been converted for sound pictures.